When both sides of a question are pressed with 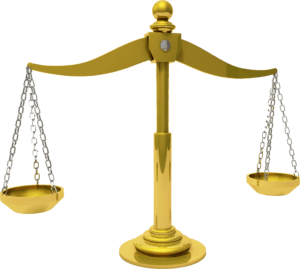 difficulties, reason teaches us to choose that which is attended with the fewest. Objectors to Christianity often forget to notice the difficulties of their own hypothesis. Every question has two sides; if we reject the affirmative, we, of necessity, receive the negative with all the consequences with which it may be burdened. If we reject the evidence of Christianity, and deny that miracles ever existed, we are bound to account for the existence of the Christian church, and for the conduct of the first preachers and primitive believers, on other principles. And whoever seriously undertakes this, will impose on himself a difficult task. Gibbon has put forth his strength on this subject, with very small success. His account of the origin of Christianity is very unsatisfactory, and is totally defective in historical evidence. [* Decline and Fall of the Roman Empire, c. xv. Faber’s Difficulties of Infidelity.]

If the evidences, on both sides of an important question, appear to be pretty equally balanced, it is the dictate of wisdom to lean to the safe side. In this question, undoubtedly, the safe side is that of religion; for if we should be mistaken here, we shall suffer no loss, and obtain some good by our error; but a mistake on the other side, must prove fatal.

When a proposition has been established by proper and sufficient evidence, our faith ought not to be shaken by every objection which we may not be able to solve. To admit this, would be to plunge into skepticism on all subjects; for what truth is there, to which some objection may not be raised that no man can fully answer? Even the clearest truths in science are not exempt from objections of this sort. It must be so, as long as our minds are so limited, and the extent of human knowledge so narrow. That man judges incorrectly, who supposes, that when he has found out some objection to Christianity which cannot be satisfactorily answered, he has gained a victory. There are, indeed, objections which relate to the essence of a proposition, which, if sustained, do overthrow the evidence; but there are other numerous objections which leave the substantial evidence undisturbed. Concerning them I speak, when I say that objections, though not capable of an answer, should not be permitted to unsettle our faith.

A Brief Outline of the Evidences of the Christian Religion (Edinburgh: Waugh and Innes, 1830) pp. 65-66.