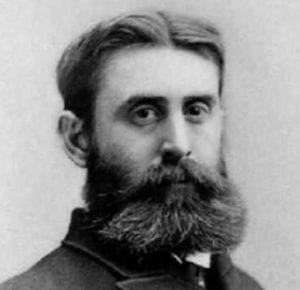 stem on the doctrine of plenary inspiration. We found the whole Christian system on the doctrine of plenary inspiration as little as we found it upon the doctrine of angelic existences. Were there no such thing as inspiration, Christianity would be true, and all its essential doctrines would be credibly witnessed to us in the generally trustworthy reports of the teaching of our Lord and of His authoritative agents in founding the Church, preserved in the writings of the apostles and their first followers, and in the historical witness of the living Church. Inspiration is not the most fundamental of Christian doctrines, nor even the first thing we prove about the Scriptures. It is the last and crowning fact as to the Scriptures. These we first prove authentic, historically credible, generally trustworthy, before we prove them inspired. And the proof of their authenticity, credibility, and general trustworthiness would give us a firm basis for Christianity, prior to any knowledge on our part of their inspiration, and apart, indeed, from the existence of inspiration. The present writer, in order to prevent all misunderstanding, desires to repeat here what he has said on every proper occasion—that he is far from contending that without inspiration there could be no Christianity. “Without any inspiration,” he added, when making this affirmation on his induction into the work of teaching the Bible—“without any inspiration we could have had Christianity; yea, and men could still have heard the truth and through it been awakened, and justified, and sanctified, and glorified. The verities of our faith would remain historically proven to us—so bountiful has God been in His fostering care—even had we no Bible; and through those verities, salvation.” We are in entire harmony in this matter with what we conceive to be the very true statement recently made by Dr. George P. Fisher, that “if the authors of the Bible were credible reporters of revelations of God, whether in the form of historical transactions of which they were witnesses, or of divine mysteries that were unveiled to their minds, their testimony would be entitled to belief, even if they were shut up to their unaided faculties in communicating what they had thus received.” We are in entire sympathy in this matter, therefore, with the protest which Dr. Marcus Dods raised in his famous address at the meeting of the Alliance of the Reformed Churches at London, against representing that “the infallibility of the Bible is the ground of the whole Christian faith.” We judge with him that it is very important indeed that such a misapprehension, if it is anywhere current, should be corrected. What we are at present arguing is something entirely different from such an overstrained view of the importance of inspiration to the very existence of Christian faith, and something which has no connection to it. We do not think that the doctrine of plenary inspiration is the ground of Christian faith, but if it was held and taught by the New Testament writers, we think it is an element in the Christian faith; a very important and valuable element; an element that appeals to our acceptance on precisely the same ground as every other element of the faith, viz,. on the ground of our recognition of the writers of the New Testament as trustworthy witnesses to the doctrine; an element of the Christian faith, therefore, which cannot be rejected without logically undermining our trust in all the other elements of distinctive Christianity by undermining the evidence on which this trust rests. We must indeed prove the authenticty, credibility and general trustworthiness of the New Testament writings before we prove their inspiration; and even were they not inspired this proof would remain valid and we should give them accordant trust. But just because this proof is valid, we must trust these writings in their witness to inspiration, if they give such witness; and if we refuse to trust them here, we have in principle refused them trust everywhere. In such circumstances, their inspiration is bound up inseparably with their trustworthiness, and therefore with all else that we receive on trust from them.

On the other hand, we need to remind ourselves that to say that the amount and weight of the evidence of the truth of the Biblical doctrine of inspiration is measured by the amount and weight of the evidence for the general credibility and trustworthiness of the New Testament writers as witnesses to doctrine, is an understatement rather than an overstatement of the matter. For if we trust them at all we will trust them in the account they give of the person and in the report they give of the teaching of Christ; whereupon, as they report Him as teaching the same doctrine of Scripture that they teach, we are brought face to face with divine testimony to this doctrine of inspiration. The argument, then, takes the form given it by Bishop Wordsworth: “The New Testament canonizes the Old; the INCARNATE WORD sets His seal on the WRITTEN WORD. The Incarnate Word is God; therefore, the inspiration of the Old Testament is authenticated by God Himself.”

David Nelson on the Uninformed Skeptic