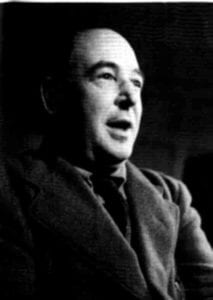 Roughly speaking, the word faith seems to be used by Christians in two senses or on two levels, and I will take them in turn. In the first sense it means simply belief—accepting or regarding as true the doctrines of Christianity. That is fairly simple. But what does puzzle people—at least it used to puzzle me—is the fact that Christians regard faith in this sense as a virtue. I used to ask how on Earth it can be a virtue—what is there moral or immoral about believing or not believing a set of statements? Obviously, I used to say, a sane man accepts or rejects any statement, not because he wants or does not want to, but because the evidence seems to him good or bad. If he were mistaken about the goodness or badness of the evidence, that would not mean he was a bad man, but only that he was not very clever. And if he thought the evidence bad but tried to force himself to believe in spite of it, that would be merely stupid.

Well, I think I still take that view. But what I did not see then—and a good many people do not see still—was this. I was assuming that if the human mind once accepts a thing as true it will automatically go on regarding it as true, until some real reason for reconsidering it turns up. In fact, I was assuming that the human mind is completely ruled by reason. But that is not so. For example, my reason is perfectly convinced by good evidence that anesthetics do not smother me and that properly trained surgeons do not start operating until I am unconscious. But that does not alter the fact that when they have me down on the table and clap their horrible mask over my face, a mere childish panic begins inside me. I start thinking I am going to choke, and I am afraid they will start cutting me up before I am properly under. In other words, I lose my faith in anesthetics. It is not reason that is taking away my faith; on the contrary, my faith is based on reason. It is my imagination and emotions. The battle is between faith and reason on one side and emotion and imagination on the other…..

Now just the same thing happens about Christianity. I am not asking anyone to accept Christianity if his best reasoning tells him that the weight of evidence is against it. That is not the point at which faith comes in. But supposing a man’s reason once decides that the weight of the evidence is for it. I can tell that man what is going to happen to him in the next few weeks. There will come a moment when there is bad news, or he is in trouble, or is living among a lot of other people who do not believe it, and all at once his emotions will rise up and carry out a sort of blitz on his belief. Or else there will come a moment when he wants a woman, or wants to tell a lie, or feels very pleased with himself, or sees a chance of making a little money in some way that is not perfectly fair; some moment, in fact, at which it would be very convenient if Christianity were not true. And once again his wishes and desires will carry out a blitz. I am not talking of moments at which any real new reasons against Christianity turn up. Those have to be faced and that is a different matter. I am talking about moments where a mere mood rises up against it.

Now faith, in the sense in which I am here using the word, is the art of holding onto things your reason has once accepted, in spite of your changing moods. For moods will change, whatever view your reason takes. I know that by experience. Now that I am a Christian, I do have moods in which the whole thing looks very improbable; but when I was an atheist, I had moods in which Christianity looked terribly probable. This rebellion of your moods against your real self is going to come anyway. That is why faith is such a necessary virtue; unless you teach your moods “where they get off” you can never be either a sound Christian or even a sound atheist, but just a creature dithering to and fro, with its beliefs really dependent on the weather and the state of its digestion. Consequently one must train the habit of faith.