George Campbell: What is the criterion whereby we must judge, whether the laws of nature are transgressed? 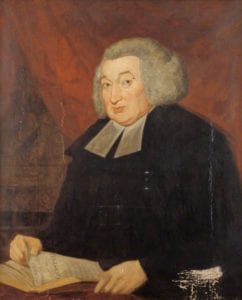 Now I insist, that as far as regards the author’s argument, a fact perfectly unusual, or not conformable to our experience, such a fact as, for aught we have had access to learn, was never observed in any age or country, is as incapable of proof from testimony as miracles are; that, if this writer would argue consistently, he could never, on his own principles, reject the one and admit the other. Both ought to be rejected, or neither. I would not, by this, be thought to signify, that there is no difference between a miracle and an extraordinary event. I know that the former implies the interposal of an invisible agent, which is not implied in the latter. All that I intend to assert is, that the author’s argument equally affects them both. Why doth such interposal appear to him incredible?… Not from any incongruity he discerns in the thing itself. He doth not pretend to it. But it is not conformable to his experience. “A miracle,” says he, “is a transgression of a law of nature.”

But how are the laws of nature known to us? By experience. What is the criterion whereby we must judge, whether the laws of nature are transgressed? Solely the conformity or disconformity of events to our experience. This writer surely will not pretend, that we can have any knowledge a priori, either of the law, or of the violation. Let us then examine by his own principles, whether the King of Siam, of whom the story he alludes to is related by Locke, could have sufficient evidence, from testimony, of a fact so contrary to his experience, as the freezing of water. He could just say as much of this event, as the author can say of a dead man’s being restored to life. “Such a thing was never observed, as far as I could learn, in any age or country.” If the things themselves too are impartially considered, and independently of the notions acquired by us in these northern climates, we should account the first at least as extraordinary as the second. That so pliant a body as water should become hard like pavement, so as to bear up an elephant on its surface, is as unlikely in itself, as that a body inanimate to-day, should be animated tomorrow. Nay, to the Indian monarch, I must think, that the first would appear more a miracle, more contrary to experience, than the second. If he had been acquainted with ice or frozen water, and afterwards seen it become fluid, but had never seen nor learned, that, after it was melted, it became hard again, the relation must have appeared marvellous, as the process from fluidity to hardness never had been experienced, though the reverse often had. But I believe nobody will question, that, on this supposition, it would not have appeared quite so strange as it did. Yet this supposition makes the instance more parallel to the restoring of the dead to life. The process from animate to inanimate we are all acquainted with; and what is such a restoration but the reversing of this process? So little reason had the author to insinuate, that the one was only not conformable, the other contrary to experience. If there be a difference in this respect, the first, to one alike unacquainted with both, must appear the more contrary of the two. Does it alter the matter, that he calls the former “a fact which arose from a state of nature, with which the Indian was unacquainted?” Was not such a state quite unconformable, or (which in the author’s language I have shown to be the same) contrary to his experience? Is then a state of nature, which is contrary to experience, more credible than a single fact contrary to experience. I want the solution of one difficulty: the author, in order to satisfy me, presents me with a thousand others. Is this suitable to the method he proposes in another place, of “admitting always the less miracle, and rejecting the greater?” Is it not, on the contrary, admitting without any difficulty the greater miracle, and thereby removing the difficulty, which he otherwise would have had in admitting the less? Does he forget, that, to exhibit a state of nature entirely different from what we experience at present, is one of those enormous prodigies, which, in his account, render the Pentateuch unworthy of credit? “No Indian,” says he, in the note, “it is evident, could have experience that water did not freeze in cold climates. This is placing nature in a situation quite unknown to him; and it is impossible for him to tell a priori, what will result from it.” This is precisely as if, in reply to the author’s objection from experience against the raising of a dead man, suppose Lazarus, to life, I should retort, “Neither you, Sir, nor any who live in this century, can have experience that a dead man could not be restored to life at the command of one divinely commissioned to give a revelation to men. This is placing nature in a situation quite unknown to you, and it is impossible for you to tell a priori, what will result from it. This, therefore, is not contrary to the course of nature, in cases where all the circumstances are the same. As you never saw one vested with such a commission, you are as unexperienced, as ignorant of this point, as the inhabitants of Sumatra are of the frosts in Muscovy; you cannot, therefore, reasonably, any more than they, be positive as to the consequences.”

George Berkeley: Your men of sense are hard to please