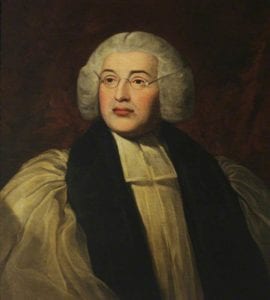 Let not the unlearned Christian be alarmed, “as though some strange thing had happened to him,” and modern philosophy had discovered arguments to demolish religion, never heard of before. The old ornaments of deism have been “broken off” upon this occasion, “and cast into the fire, and there came out this calf.” These same difficulties have been again and again urged and discussed in public; again and again weighed and considered by learned and sensible men, of the laity as well as the clergy, who have by no means been induced by them to renounce their faith.

Indeed, why should they? For is any man surprised that difficulties should occur in the books of Scripture, those more particularly of the Old Testament? Let him reflect upon the variety of matter on which they treat; the distance of the times to which they refer; the wide difierence of ancient manners and customs, from those of the age in which we live; the very imperfect knowledge we have of these, as well as of the language in which they are described; the conciseness of the narratives, sufficient for the purpose intended, but not for gratifying a restless curiosity; above all, the errors and defects of translations.

Many and painful are the researches sometimes necessary to be made, for settling points of that kind. Pertness and ignorance may ask a question in three lines, which it will cost learning and ingenuity thirty pages to answer. When this is done, the same question shall be triumphantly asked again the next year, as if nothing had ever been written upon the subject. And as people in general, for one reason or another, like short objections better than long answers, in this mode of disputation (if it can be styled such) the odds must ever be against us; and we must be content with those for our friends who have honesty and erudition, candor and patience, to study both sides of the question.—Be it so.

Joseph Barker on What Led Him to Faith

How different is the case