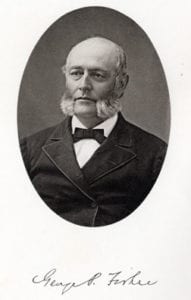 “What shall be said of the objection to the credibility of the Gospels from alleged discrepancies? The first thing to be said is that the objection is irrelevant. Discrepancies and inaccuracies belong to almost all testimony. On the principle that a witness or an author is to be discredited if he fails of accuracy in all particulars, it would be impossible to believe any thing. Courts of law would have to be shut up. All books of history, including narratives written from personal observation,—much more, such as are based on them—would be worthless. . . . Where variations occur in testimony, or inaccuracies in any single witness or reporter, the only question is whether they are of such a number and character as to destroy the general trustworthiness of the narrators, and to cast doubt on the substantial contents of their tale. If not, they may furnish material for a pettifogger to deal with, but they will have no weight with a discerning judge or an intelligent critic.

Applying these principles to the evangelists, we shall find that their general reliability is rather confirmed than weakened by the blemishes alleged to exist in their narratives. It is true that Strauss and critics of that stamp have tried to break down this testimony by making a parade of verbal differences, and by opposing a clause taken from one author against a clause picked out of another. It is true of Strauss, as of many others, that he reasons often in a circle, impeaching one author on account of the statement of another whom he likewise impeaches. The method, as thus pursued, is a sophistical one, and is parallel to instances of artificial harmonizing which well-meaning but ill-judging defenders of the Gospels have sometimes resorted to in order to remove real or apparent inconsistencies. Our historian, Mr. Prescott, began to read Strauss, but soon laid aside the book on account of the false and unfair method which marks the discussion,—a method subversive of the canons of sound historical criticism.

Whatever opinion is entertained on the question whether the narrations in the Gospel histories admit of being reconciled in all particulars,—a question on which Christian scholars are still divided,—it can be clearly shown that in numerous instances where it has been pretended that contradictions exist, this opinion is erroneous. It must be remembered that these books are not formal histories. They are memoirs. There is no aim at completeness. They are not from the pen of expert writers. Circumstances, even very important facts, may be left out of one and recorded by another. In narratives of this character, whether oral or written, there is often an appearance of inconsistency where some additional circumstance not introduced would at once dispel this appearance. One has only to observe the narratives of daily occurrences as they are given by one’s friends who are possessed of an average degree of accuracy, to discern the fallacy and unfairness of much of the adverse criticism of the Gospels. But, as I have intimated above, if no single transaction were described by any two evangelists, either in precise agreement with one another, or in precise correspondence to the facts, no inference could be drawn against the substantial truthfulness of their narratives. The fact would compel a modification of a conception of inspiration which many entertain, but would leave the essential facts in the life of Jesus, his miracles and resurrection included, untouched.”

George Campbell: What is the criterion whereby we must judge, whether the laws of nature are transgressed?