George Salmon on the Fruits of Religion

The mathematician and theologian George Salmon was a meticulous writer, and his books are often 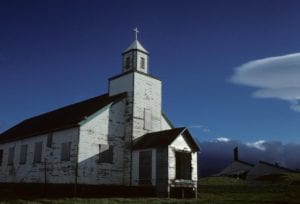 very thorough. In this passage, Salmon examines the effects of belief in God on society, and the ramifications for its removal:

There are men whose hands have been indeed quick unto good, men of the purest lives, of the most active benevolence, who will tell you that you would dry up the source of all their virtue, as well as rob their life of the fountain of its purest enjoyments, if you took from them their faith in the Father who is in heaven. There are others, no doubt, who could give up religion without a pang; nay, who would feel a certain relief to know that they might, without danger, shake off the restraints which it had imposed on them. Them, indeed, they might without misgiving take their fill of the grosser enjoyments which they delight in. Let us eat and drink, they would cry, for tomorrow we die. Yet were it well for the world that the restraints which had hitherto exercised? We may talk of the dignity of virtue and of the duty of self-sacrifice; but if he on whom we bestow our words reply that he does not choose to sacrifice himself, that his own happiness is more to him than that of all the rest of mankind, and that our pronouncing pleasures unworthy of him does not prevent his finding his happiness in them, and being determined to enjoy them if he can, what further arguments have we wherewith to influence him? So much has religion contributed to the welfare of society, that it has been said by no very religious man “that if there had not been a God it would have been necessary to invent one.”

Thomas Arnold: I know of no one fact in the history of mankind …