Today is the Feast Day of Henry Rogers!

Henry Rogers (18 October, 1806 – 20 August, 1877) was a witty controversialist who stood firm when the winds of Strauss and Baur began to blow through the Church of England.

In Reason and Faith; Their Claims and Conflicts, one of his essays for the Edinburgh Review, Rogers wrote: 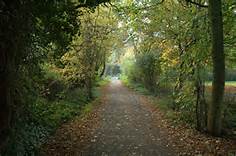 “As is wont with those who labour under these privations respectively, Reason is apt to be eager, impetuous, impatient of that instruction which his infirmity will not permit him readily to apprehend; while Faith, gentle and docile, is ever willing to listen to the voice by which alone truth and wisdom can effectually reach her.”[i]

[i] Henry Rogers, Essays, Selected from Contributions to the Edinburgh Review: Theological and Political (Longman, Brown, Green, and Longmans, 1850).

What are the implications of these caricatures of reason and faith?  What would you add to the descriptions? Leave your comment below!

The uninterrupted testimony of ages

Criticism has no certain test