If Nothing is Forbidden, Then Anything Is Possible 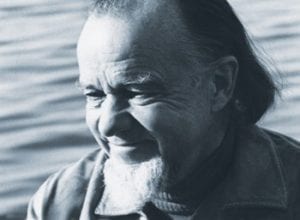 On the one hand, the idea that mankind is only a collection of genes which make up the DNA patterns has naturally led to the concept of remaking all of humanity with the use of genetic engineering. On the other hand, it has led to the crime and cruelty that now disturb the very people whose teaching produces crime and cruelty in the first place. Many of these people do not face the conclusion of their own teaching. With nothing higher than human opinion upon which to base judgments and with ethics equaling no ethics, the justification for seeing crime and cruelty as disturbing is destroyed. The very word crime and even the word cruelty lose meaning. There is no final reason on which to forbid anything — “If nothing is forbidden, then anything is possible.” If man is not made in the image of God, nothing then stands in the way of inhumanity. There is no good reason why mankind should be perceived as special. Human life is cheapened. We can see this in many of the major issues being debated in our society today: abortion, infanticide, euthanasia, the increase of child abuse and violence of all kinds, pornography (and its particular kinds of violence as evidenced in sadomasochism), the routine torture of political prisoners in many parts of the world, the crime explosion, and the random violence which surrounds us.

Richard Whately: Muddy water is apt to be supposed deeper than it is

Sir Oliver Lodge: On the real position of skeptical scientists