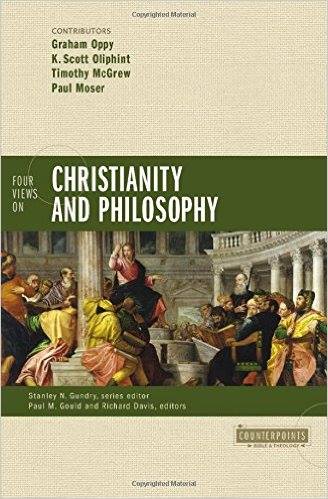 September 13, 2016 – The new book Four Views on Christianity and Phi The contributors and views include:

General editors Paul M. Gould and Richard Davis explain the background to the discussion and provide some historical background in the introduction, as well as helpful summaries of each position in the conclusion. In the reader-friendly Counterpoints format, this book helps readers to reflect on the strengths and weaknesses of each view and draw informed conclusions in this much-debated topic.

In a retrospect of the work, contributor Timothy McGrew writes:

Though the Bible offers us salutary warnings about the dangers of an overweening confidence in our own intellectual abilities or the scope of our knowledge, neither Scripture nor a sound systematic theology affords the slightest ground for despising reason itself. And this is as it should be. For without reason, we would be at a loss to adjudicate the competing claims of proposed revelations.

Even to talk of adjudicating such claims is to run afoul of some theological critics who object that it is blasphemous to speak of judging the Word of God when we should rather say that the Word judges us. But this is at best a mere play on words. When we are rightly persuaded that a revelation has come from God, we are indeed in no position to pass judgment on the Almighty. But we have both the right and the responsibility to examine carefully the credentials of a proposed revelation, lest we should embrace a clever fraud. Piety is a vital thing in its proper place and directed toward its proper object. But it is not a substitute for technique.

The intersection of the Christian faith and philosophy has never been more timely or relevant. You can purchase your copy of Four Views on Christianity and Philosophy here. 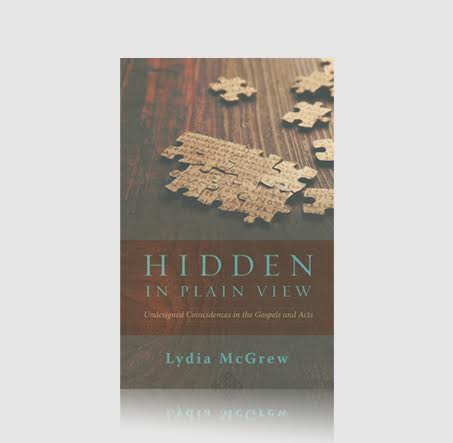 Pre-Order Hidden in Plain View: Undesigned Coincidences in the Gospels and Acts by Dr. Lydia McGrew!

August 6 – Dr. Timothy McGrew to speak at the Defenders Conference!