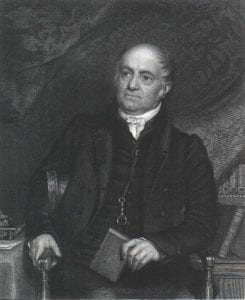 We do not deny that the scheme of revelation has its difficulties: for if the things of nature are often difficult to comprehend, it would be strange indeed if supernatural matters were so simple, and obvious, and suited to finite capacities, as never to startle or puzzle us at all. Origen remarked, with his usual sagacity, that “he who believes the Scripture to have proceeded from him who is the Author of Nature, may well expect to find the same sort of difficulties in it as are found in the constitution of nature:” and this obviously suggests the reflection, that he, who denies the Bible to have come from God on account of these difficulties, may, for exactly the same reason, deny that the world was formed by him. Indeed the Bible could not have been, as many declarations included in it show it to be,—a touchstone by which to try men’s honest dispositions, were it so free from difficulties that every man’s faith would be inevitably excited on the perusal.

To reject Christianity, therefore, on account of its difficulties, is unreasonable: because it is to reject it for possessing what its own writings declare to be essential to its nature and purpose: and to proceed by way of objections drawn from these difficulties is unfair; because it is walking in a path in which a man can never be stopped unless he please, and in which, though he travel for ever, it is impossible he can arrive at truth and certainty. Let him propose a thousand objections in succession, and suppose nine hundred and ninety-nine of them to be answered satisfactorily; still the one which he retains, and which he supposes to be unanswerable, because he has not received an answer to it, will be deemed a sufficient plea to justify his continuing incredulous. He will boast of this single objection, though probably the point to which it relates may be one which it is impossible for us to place in a proper light, unless we could see and know as God does.

Olinthus Gregory, Letters on the Evidences, Doctrines, and Duties of the Christian Religion, 6th ed. (London: Baldwin and Cradock, 1836), pp. 217-18.