Philip Doddridge: I speak to you, as to rational creatures 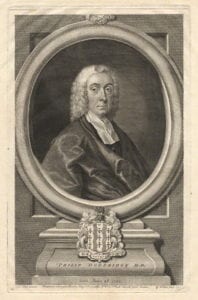 But before I proceed, I must desire you to observe, that there is no proof in the world so satisfactory to the true Christian, as to have felt the transforming power of the gospel on his own soul. As that illiterate man whose eyes were miraculously opened by Christ, when he was questioned by the Jewish Sanhedrim, who endeavoured with all their sophistry to prove Christ an impostor, answered with great steadiness and constancy, and with a great deal of reason too, this one thing I know, that whereas I was blind, now I see: so the most unlearned of the disciples of Jesus, having found his soul enlightened and sanctified, and felt his heart so effectually wrought upon, as to bring him home to his duty, his GOD, and his happiness, by the constraining power of the gospel, will despise a thousand subtle objections which may be urged against it: and though the cross of christ be to the Jews a stumbling block, and to the Greeks foolishness, yet with this experience of its saving energy, he will honour it in the midst of all their contempt and ridicule, as the power of GOD, and the wisdom of God. In this sense, though the miraculous communication of the spirit be ceased, he that believes, hath still the witness in himself; and while the spirit beareth witness with his spirit, that he is a child of GOD, he cannot doubt, but that the word, by which he was, as it were, begotten unto him, is indeed a divine and incorruptible seed. And perhaps, there are certain seasons of pressing temptation, in which the most learned, as well of the most illiterate Christian, will find this the surest anchor of his hope.

Nevertheless, it must be acknowledged, that this glorious kind of evidence is like the white stone, mentioned in the Revelation, in which there was a new name written, which no man knew, but he who received it. God has therefore made other provision for the honour and support of his Gospel, by furnishing it with a variety of proof, which may with undiminished, and indeed with growing conviction, be communicated from one to another. And we should be greatly wanting in gratitude to him, in zeal for a redeemer’s kingdom, and in charitable concern for the conversion of those who reject the Gospel, as well as for the edification of those who embrace it, should we wholly overlook these arguments, or neglect to acquaint ourselves with them. This is the evidence, which I am now to propose; and I desire you would hear it with a becoming attention. I speak to you, as to rational creatures; judge ye of the reasonableness of what I shall say.