Richard Cecil: I myself was once a professed infidel 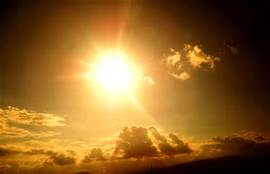 [T]he religious world has not been sufficiently instructed in the Evidences of Revelation; or, as to the ground on which thinking men receive the Bible as the Word of God. Young converts are so affected with the discovery of their lost condition, of the importance of salvation, and of the Scriptures as their only rule, that they are for proceeding as soon and as fast as possible. If they can but build rightly on the foundation, they have no question as to the foundation itself. And, indeed, if this foundation should never be called in question afterwards, all would be well; but I feel convinced that something more than an implicit faith is necessary here: a merely traditional adherence to Scripture lies too much exposed to assaults, especially in such an age as this—an age, in which one can scarcely take up a daily print, or pass an hour in company, without meeting some remark which has a tendency, more or less, to sap the ground on which we stand.

I myself was once a professed infidel: that is, one who, carried away first by the love of sin, hoped the Bible might not be true. I then listened to such as were hardened enough to assert that it was not true: till, at length, I believed my own lie; and the vanity of appearing something like a philosopher, who had thrown off the traditions of the nursery, set me on propagating that lie. But when, like the prodigal, ‘I came to myself,’ I had many painful steps to tread back, and many difficult and intricate paths to retrace. I now wished that the Bible might be true, and was glad to receive help from any able guide who had written on its evidences. Grotius, Bishop Butler, and many others helped me to see, that he, who is acquainted with the evidence which God has annexed to his word, has not only every thing he can reasonably require, but that, as Mr. Soame Jenyns has remarked, he will find it requires more faith to be a consistent Infidel than to be a Christian.

But you ask, “Do you never feel a shake after all this inquiry and experience?” I answer, Now and then an unexpected and malignant blast meets my mind, and obliges me to have recourse to my usual method. Perhaps, after what I have known and felt, I ought to repel it instantly as a temptation. Perhaps, at my standing, I ought not to honour such an assault with any examination at all. But I am not telling you what may be my duty, but what is my practice. Moreover, such is the frame of my mind, that I fear no other method than that which I take would satisfy it. As soon, then, as an alarm is given, I cast the eye of my mind over the leading evidences of the Scriptures, of which I have an habitual recollection, and which I need not particularize in their order to you. I likewise contemplate facts and experience, and soon obtain repose. Like a man who is told that the foundation of his house is in danger, I call for the key of the vaults on which my dwelling stands. I light a candle, walk down stairs, and pass very deliberately through the arches: I examine very particularly the arch suspected; and, after having satisfied myself that the foundation remains perfectly safe, I walk up again, lock the door, hang up the key, put out the candle, and quietly go about my business, saying as I go, “They may raise an alarm, but I find ALL IS SAFE.”

“Have you had occasion,” say you, “often thus to go down?” Not very often. “Did you always return satisfied?” Always.

Thomas Baldwin Thayer: If this was false, how quickly it could have been proved so

There are thousands of Christians who see the difficulties