Similar to this case is tha 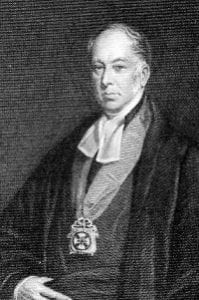 t which may be called the Fallacy of objections; i.e. showing that there are objections against some plan, theory, or system, and thence inferring that it should be rejected; when that which ought to have been proved is, that there are more, or stronger objections, against the receiving than the rejecting of it. This is the main, and almost universal Fallacy of anti-christians; and is that of which a young Christian should be first and principally warned. They find numerous ‘objections’ against various parts of Scripture; to some of which no satisfactory answer can be given; and the incautious hearer is apt, while his attention is fixed on these, to forget that there are infinitely more, and stronger objections against the supposition, that the Christian Religion is of human origin; and that where we cannot answer all objections, we are bound, in reason and in candour, to adopt the hypothesis which labours under the least. That the case is as I have stated, I am authorized to assume, from this circumstance,—that no complete and consistent account has ever been given of the manner in which the Christian Religion, supposing it a human contrivance, could have arisen and prevailed as it did. And yet this may obviously be demanded with the utmost fairness of those who deny its divine origin. The Religion exists; that is the phenomenon. Those who will not allow it to have come from God, are bound to solve the phenomenon on some other hypothesis less open to objections. They are not, indeed, called on to prove that it actually did arise in this or that way; but to suggest (consistently with acknowledged facts) some probable way in which it may have arisen, reconcilable with all the circumstances of the case. That infidels have never done this, though they have had 1800 years to try, amounts to a confession, that no such hypothesis can be devised, which will not be open to greater objections than lie against Christianity.

Richard Whately: The folly of following fancy and taste

George Berkeley: Your men of sense are hard to please