William Adams (1706?-1789) was a Fellow and Master of Pembroke College, Oxford, and a friend of the literary giant Samuel Johnson. When David Hume first published his attack on the reasonableness of belief in miracles in his Philosophical Essays in 1748, the work provoked a great number of replies of varying quality. Adams’s work, now inexplicably forgotten by most apologists and neglected by Hume scholars, is one of the earliest and ablest rejoinders to Hume’s attack. Adams pursues Hume courteously (Hume is said to have remarked that Adams had treated him better than he deserved) but also relentlessly, reading him closely, criticizing his reasoning, and rebutting him point by point.The 3rd edition of the work, linked here, contains a particularly good discussion of the alleged miracles at the tomb of the Abbé Paris to which Hume refers in the second part of “Of Miracles.” Adams makes full and careful use of sources that Hume does not mention, distinctly refuting the key claims Hume makes regarding the affair.

An html version of this work is available here. 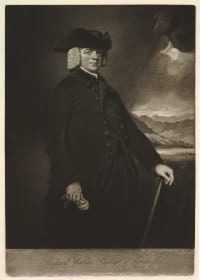