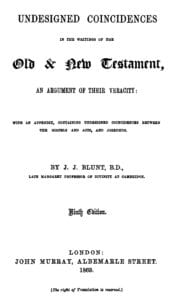 An undesigned coincidence occurs when one account of an event leaves out a bit of information that doesn’t affect the overall picture, but a different account indirectly supplies the missing detail, usually answering some natural question raised by the first. Forgers do not want to leave loose ends like this that might raise awkward questions; they take care to tie everything together neatly. But these are just the sort of things we would expect to find in authentic and at least partly independent records of the same real event told by different people. 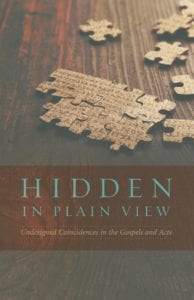 The new book Hidden in Plain View: Undesigned Coincidences in the Gospels and Acts by Dr. Lydia McGrew revives this argument pioneered by William Paley and developed by J.J. Blunt for the historical reliability of the New Testament that has been largely neglected for more than a hundred years.

Get your copy of Hidden in Plain View today at Amazon or Barnes and Noble!