Jeremy Belknap: The nature of testimony and the rules of evidence universally acknowledged among mankind 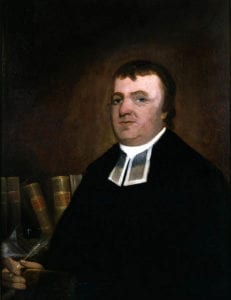 If it be allowed that there was such a person as Jesus Christ, that he was virtuous and amiable, that he preached the most excellent morality and practiced the virtues which he taught, from what source is the knowledge of this derived? How do we know that there was such a person, and that his doctrine and life were so good? Must not this knowledge be derived from the testimony of ancient authors? And are not those authors most to be depended on, who were eye witnesses of the facts and events of his life, and ear witnesses of the discourses and instructions which he delivered? Though something credible might have been said by persons at a distance who had known him by report and hearsay, who were not his contemporaries, but had received their knowledge by tradition, and who did not profess to write his life, nor to be his disciples and who were far from being particular in their accounts of him; yet, is not greater credit due to those who personally knew him, who frequently conversed with him, and who could not mistake in their testimony concerning him? This is a rule which holds good in all other cases, and why should it not be allowed equally good here? We cannot violate this rule without supposing that the nearest friends of a virtuous and amiable man were the greatest liars; and that those who knew him only by a distant report, were the only honest and credible historians. This supposition would not be admitted in any other case; because it is contrary to the nature of testimony and the rules of evidence universally acknowledged among mankind.

Jeremy Belknap, Dissertation on the Character, Death & Resurrection of Jesus Christ, and the Evidence of His Gospel (Boston: Apollo Press, 1795), p. 51-52

It is not for want of strength