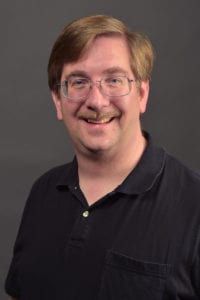 Dr. Timothy McGrew is Professor and Chairman of the Department of Philosophy at Western Michigan University. A specialist in theory of knowledge, logic, probability theory, and the history and philosophy of science, Dr. McGrew has spoken at Oxford, MIT, and other universities as well as at many churches and seminaries across the United States and overseas. He has also engaged in public debates on the meaning of faith, the rationality of belief in miracles, and the historical reliability of the Gospels.

Dr. McGrew’s publications include papers in Mind, The Monist, Analysis, Erkenntnis, British Journal for the Philosophy of Science, the article on “Evidence” in The Routledge Companion to Epistemology (Routledge, 2010), co-authorship of The Philosophy of Science: An Historical Anthology (Blackwell, 2009), co-authorship (with Lydia McGrew) of the article on “The Argument from Miracles” in The Blackwell Companion to Natural Theology (2009), and the article on “Miracles” for The Stanford Encyclopedia of Philosophy (2011).Dr. McGrew is the project director for the Library of Historical Apologetics, the premier online resource connecting contemporary apologists to the apologetic resources of the past. From 2014-16 he has been the American director for a grant from the John Templeton Foundation on the subject of special divine action. Dr. McGrew holds the title of National Master from the United States Chess Federation and won the Michigan Championship in 2006. He and his wife, Lydia McGrew, have been married for over 30 years, and they have three chess-playing daughters.

1. Who Wrote the Gospels?

Since the time of the early Church Fathers in the second century AD, the four Gospels have been ascribed to Matthew, Mark, Luke, and John. But some scholars question these traditional claims, and some people claim that there were many other “gospels” that were unfairly left out. Are these claims true? How can we tell who wrote our four Gospels? And why do we have these four in our Bible but no others?

2. External Evidence for the Truth of the Gospels

The four Gospels portray Jesus as a person who taught and lived in real history. Why should we think that the authors of the Gospels were giving us a historically accurate picture of Jesus rather than a set of pious legends? Do they show familiarity with the world of their own time? And what can we know about Jesus from non-Christian sources?

3. Internal Evidence for the Truth of the Gospels

What can we learn about the historical reliability of the Gospels from a close examination of their contents? Is there any way to distinguish reliable history from pious fiction just from reading and comparing the Gospels as a historian would read and compare other ancient documents?

4. Alleged Contradictions in the Gospels

One of the most common challenges to the historical reliability of the Gospels is the claim that they contain numerous internal contradictions. Is this true? How does a historian handle such claims when reading other ancient documents? What is the significance of arguments from silence, where one Gospel tells some story that the others pass over without comment?

5. Alleged Historical Errors in the Gospels

Skeptics are always eager to pin the charge of historical error on the authors of the Gospels. What are the major challenges they have mounted against each of the Gospels? How should a thoughtful Christian respond to such claims? What does close examination show about these charges?

6. The Text of the Gospels

Our New Testament is a translation of 27 books from the Greek language. A close examination of various translations indicates that some passages are printed in brackets. What do those brackets mean? Which passages are in question? Is any Christian doctrine affected by the disputed passages? How can we tell what was originally said? Can we trust our Gospels?

7. How Not to Read the Gospels

Many critics of traditional Christianity claim to find some very strange things in the Gospels. How do they arrive at these unusual conclusions? What assumptions are they bringing to the task? Should we grant that their interpretations are as good as the more traditional readings? If they are wrong, how can we tell?