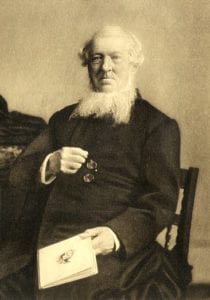 f the first period have come down to us in the shape of five Books, the first of which is introductory, while the remaining four present us with the history of an individual, Moses, and of the Jewish people under his guidance. Critically speaking, it is of the last importance to know by whom the books which contain this history were written. Now the ancient, positive, and uniform tradition of the Jews assigned the authorship of the five books, (or Pentateuch,) with the exception of the last chapter of Deuteronomy, to Moses; and this tradition is prima facie evidence of the fact, such as at least throws the burden of proof upon those who call it in question. It is an admitted rule of all sound criticism, that books are to be regarded as proceeding from the writers whose names they bear, unless very strong reasons indeed can be adduced to the contrary. In the present instance, the reasons which have been urged are weak and puerile in the extreme; they rest in part on misconceptions of the meaning of passages, in part, upon interpolations into the original text, which are sometimes very plain and palpable. Mainly, however, they have their source in arbitrary and unproved hypotheses, as that a contemporary writer would not have introduced an account of miracles; that the culture indicated by the book is beyond that of the age of Moses; that if Moses had written the book, he would not have spoken of himself in the third person; that he would have given a fuller and more complete account of his own history; and that he would not have applied to himself terms of praise and expressions of honor. It is enough to observe of these objections, that they are such as might equally be urged against the genuineness of St. Paul’s epistles, which is allowed even by Strauss—against that of the works of Homer, Chaucer, and indeed of all writers in advance of their age—against Caesar’s Commentaries, and Xenophon’s Expedition of Cyrus—against the Acts of the Apostles, and against the Gospel of St. John. St. Paul relates contemporary miracles; Homer and Chaucer exhibit a culture and a tone which, but for them, we should have supposed unattainable in their age; Caesar and Xenophon write throughout in the third person; St. Luke omits all account of his own doings at Philippi; St. John applies to himself the most honorable of all titles—”the disciple whom Jesus loved.” A priori conceptions of how an author of a certain time and country would write, of what he would say or not say, or how he would express himself, are among the weakest of all presumptions, and must be regarded as outweighed by a very small amount of positive testimony to authorship. Moreover, for an argument of this sort to have any force at all, it is necessary that we should possess, from other sources besides the author who is being judged, a tolerably complete knowledge of the age to which he is assigned, and a fair acquaintance with the literature of his period. In the case of Moses our knowledge of the age is exceedingly limited, while of the literature we have scarcely any knowledge at all beyond that which is furnished by the sacred records next in succession—the Books of Joshua and Judges, and (perhaps) the Book of Job—and these are so far from supporting the notion that such a work as the Pentateuch could not be produced in the age of Moses, that they furnish a very strong argument to the contrary. The diction of the Pentateuch is older than that of Joshua and Judges, while its ideas are presupposed in those writings, which may be said to be based upon it, and to require it as their antecedent. If, then, they could be written at the time to which they are commonly and (as will be hereafter shown) rightly assigned, the Pentateuch not only may, but must, be as early as Moses.

George Rawlinson, The Historical Evidences of the Truth of the Scripture Records (Boston: Gould and Lincoln, 1862), pp. 51-53

George Berkeley: One would think it very rash …